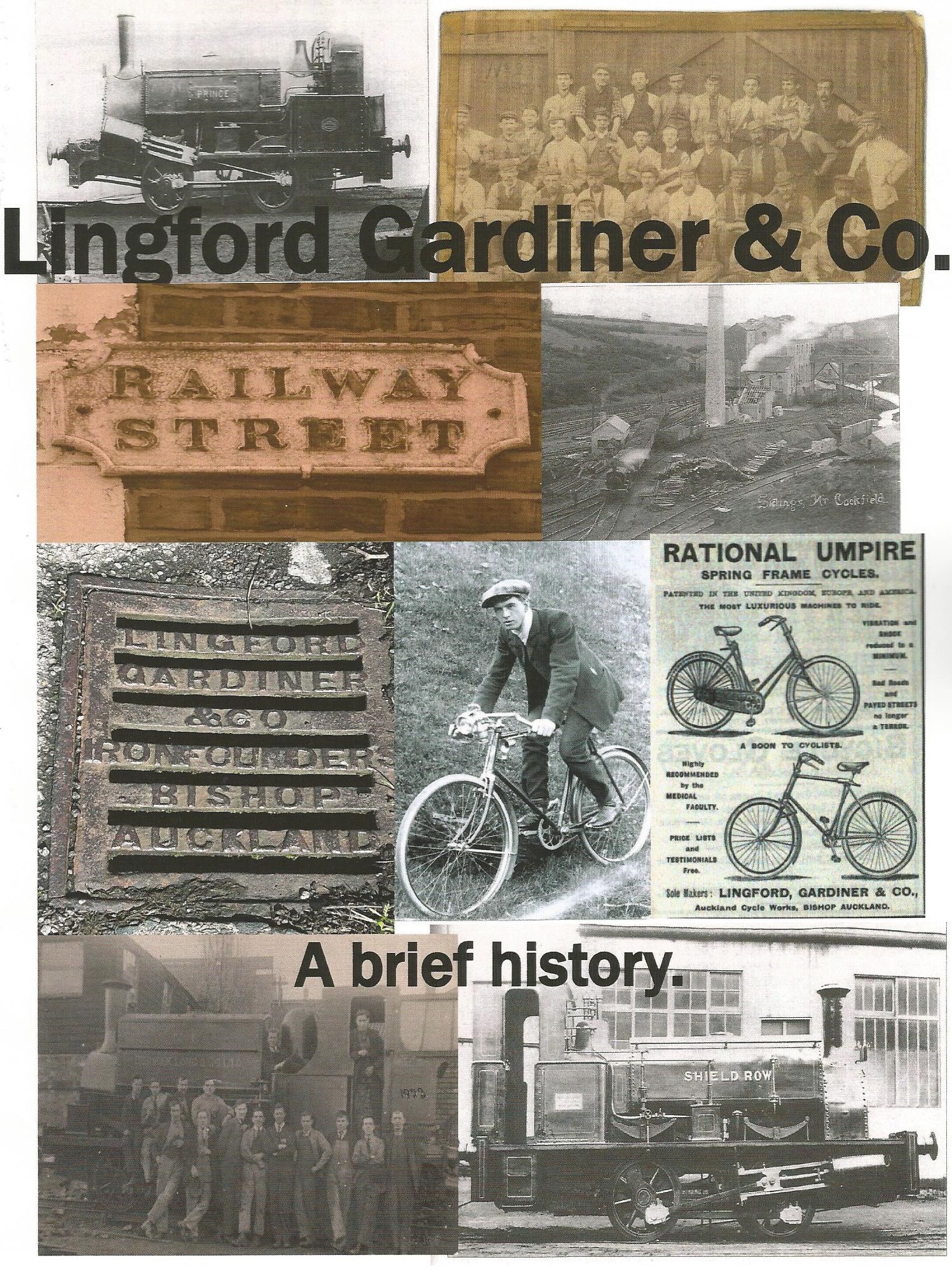 The 75 years during which Lingford Gardiner & Co. were to operate their engineering business, from Railway Street Works, were to witness a dramatic change in the fortunes of both Bishop Auckland and South-West Durham.

Bishop Auckland was to become a self confident market town and regional centre, driven forward by the continued expansion of the South-West Durham coal field and mineral extraction in Weardale; supported by a vibrant railway network.

Drawing extensively on information and archive material not previously available, our narrative tells the story of the rise and ultimately the fall of Lingford Gardiner & Co.; as King Coal fell into decline in the region.

As is often the case the storytelling has been hindered to some extent but the paucity of the available documentation, and it’s hoped its publication will encourage others to bring forward further material.

The Lingford Gardiner & Co. story is part of a wider initiative “The Four Clocks Heritage Venture”, a collaboration between the Four Clocks Centre and the Aucklands Railway Group. The aim of the initiative is to promote the Bishop Auckland’s heritage links, with particular focus on its industrial past.

There are no reviews yet.