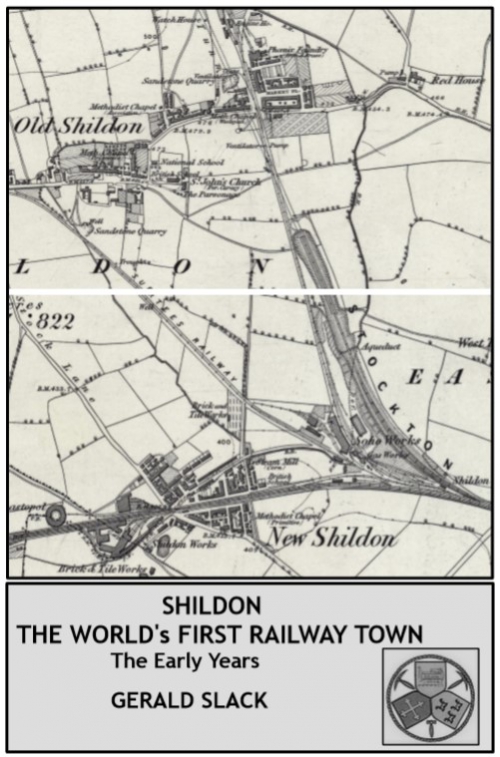 Over the years there has been a number of claimants to the title of the world’s first railway town. In reality close examination of the historical facts only supports one of these claimants, New Shildon, a south-west Durham settlement that owed its very existence to the arrival of the railways, almost 200 years ago.

New Shildon emerged from an area of low lying marshland in the first decades of the 19th century, to become a thriving industrial town and centre of excellence for early locomotive engineering. Within a matter of a few years the young upstart was to merge with its much older neighbour, Shildon, to form a single township. The headquarters of the Stockton and Darlington Railway’s engineering facility until the 1860s, and in the years to follow one of the most important wagon works in the British Empire.

In a number of themed essays, local railway historian Gerald Slack, gives a detailed insight into Shildon’s early history, highlighting the the far reaching influence of the major players, such as Timothy Hackworth and William Bouch. Also the challenges faced by a rapidly expanding population, in an increasingly industrialised county.